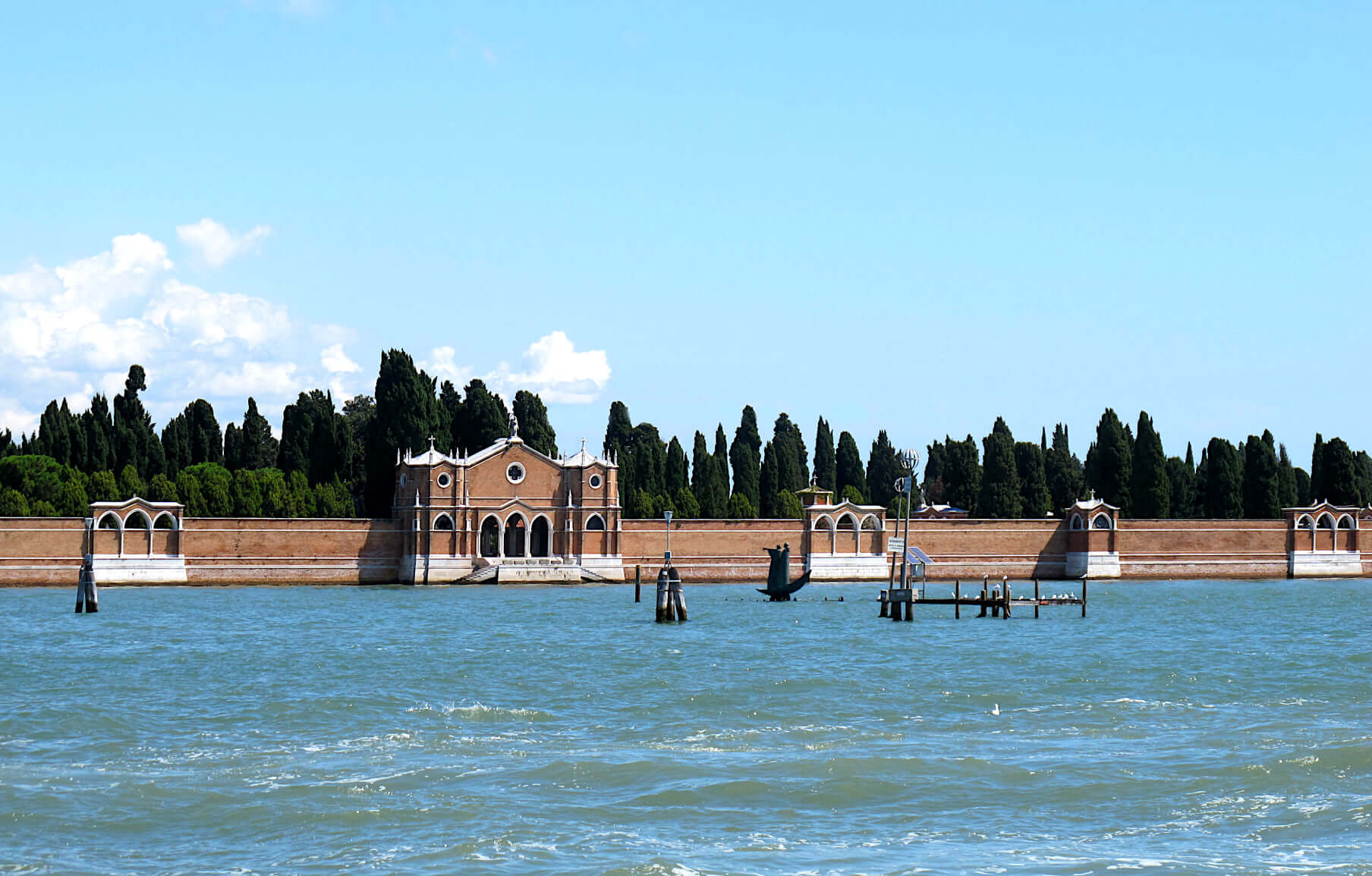 Have you ever wondered about how the customs of burial changed throughout history? Nowadays, Venice has a cemetery on the island of San Michele, opened in the 19th century. But how did it work before that?
There were many different options, actually, but like any other environment, it depended on money.

Mainly, we can say that the Church used to provide two kinds of possibilities of burial: inside or outside churches. Both possibilities provided an honest and Christian burial to everyone, but they were not the same.

Rich people could afford the expensive burial in churches. For those of you who are not accustomed to visiting churches, beautiful monuments, and sculptures, you can see decorating both aisles are cenotaphs and tombs. These monuments were usually families’ burials, and they were projected to celebrate their grandeur and munificence.

To be buried inside a church was considered by society the only proper and respectable way. Thanks to the increasing demand for such, to get a tomb inside a church became extraordinarily expensive and well profitable for monastic orders: selling burial rights became one of the main fundraising activities for monks and priests to restore or rebuild churches.

People from the ecclesiastic hierarchy had, of course, more advantages regarding their tombs, and even among them, there were some social distinctions as in the secular world: great cardinals used to have majestic cenotaphs, regular monks were usually buried in their order chapels, into mass graves.

Middle-class people could take care of their last residency in different ways. The most desired burials were located inside churches, so those who had some money were looking for the best and most economical way to access what was considered an honorable privilege.

Their solution is like timeshares: they enrolled into confraternities that provided mutual assistance to members in different moments of their lives, including death. Rounded up together, members could afford the price of a private chapel where to be buried together. Some of those confraternities were called Scuola della Buona Morte, or School of the Good Death, and its only purpose was to manage burials for poor or rejected people.

Last and least as well, in this case, the poorest classes could only get mass graves in en plein air cemeteries, close to churches.

While walking around Venice, you will meet many little squares called Campo dei Morti or Campo Santo. They both mean graveyard: usually, they are located in churches’ surroundings but not included in the sacred space around them. We can imagine that those cemeteries were used in troubled times, when an increasing need for burials occurred, for example, during plagues, so they could quickly arrange graves to prevent new contagions. When the threat had finally passed, those cemeteries were interred, and those places have become a part of everyday life.

The last question to be answered: we said that everybody was looking for an indoor grave, but of course, there was a limited number of churches with limited space inside. What happened when all tombs were filled up? The answer will strike you for its disarming simplicity: they emptied them back! Since 1565, they used to move all those mortal remains to the island of Sant’Ariano. That place had to look pretty spooky at that time: in fact, they didn’t bother themselves to dig a pit where to collect everything but discharged all bones on the island, where eventually a small monastery was placed.

Nowadays, there are two main cemeteries in Venice still in function: the one on San Michele Island and the Jewish one at Lido. You can visit both. Other ancient cemeteries are generally closed to the public, but you can visit the old orthodox one behind San Giorgio dei Greci’s church.